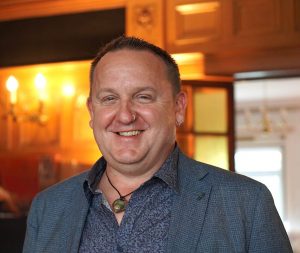 Scott Alexander King is an international author, teacher, public speaker, psychic medium, practitioner of Earth Medicine and Zoomancer: an individual that examines the habits and appearance of animals to help explain or reveal the future path of other people. And as far as he knows, he’s the only Zoomancer in Australia!

Having spent almost two years training daily under a medicine elder, and with 14 published works to his name, all centred on animal symbolism, totemism and spirit animals, Scott calls his path ANIMAL DREAMING – a shamanic path that directly draws upon the wisdom, symbolism and medicine ways of animals.

Animal Dreaming, the home of Scott Alexander King, is located in Lismore, which forms part of the traditional land of the Bundjalung People.

Scott wishes to recognise and acknowledge the Bundjalung People as the Traditional Owners and Original Custodians of the northern coastal regions of New South Wales, Australia. He also pays respects to their Elders, past and present, and the Elders of other communities who may be visiting his website today.

Animal Dreaming and Scott Alexander King also acknowledge the Traditional Owners of the land on which we may gather for his events. He pays respect to the Elders, past and present, and the Elders from other communities who may attend his events.